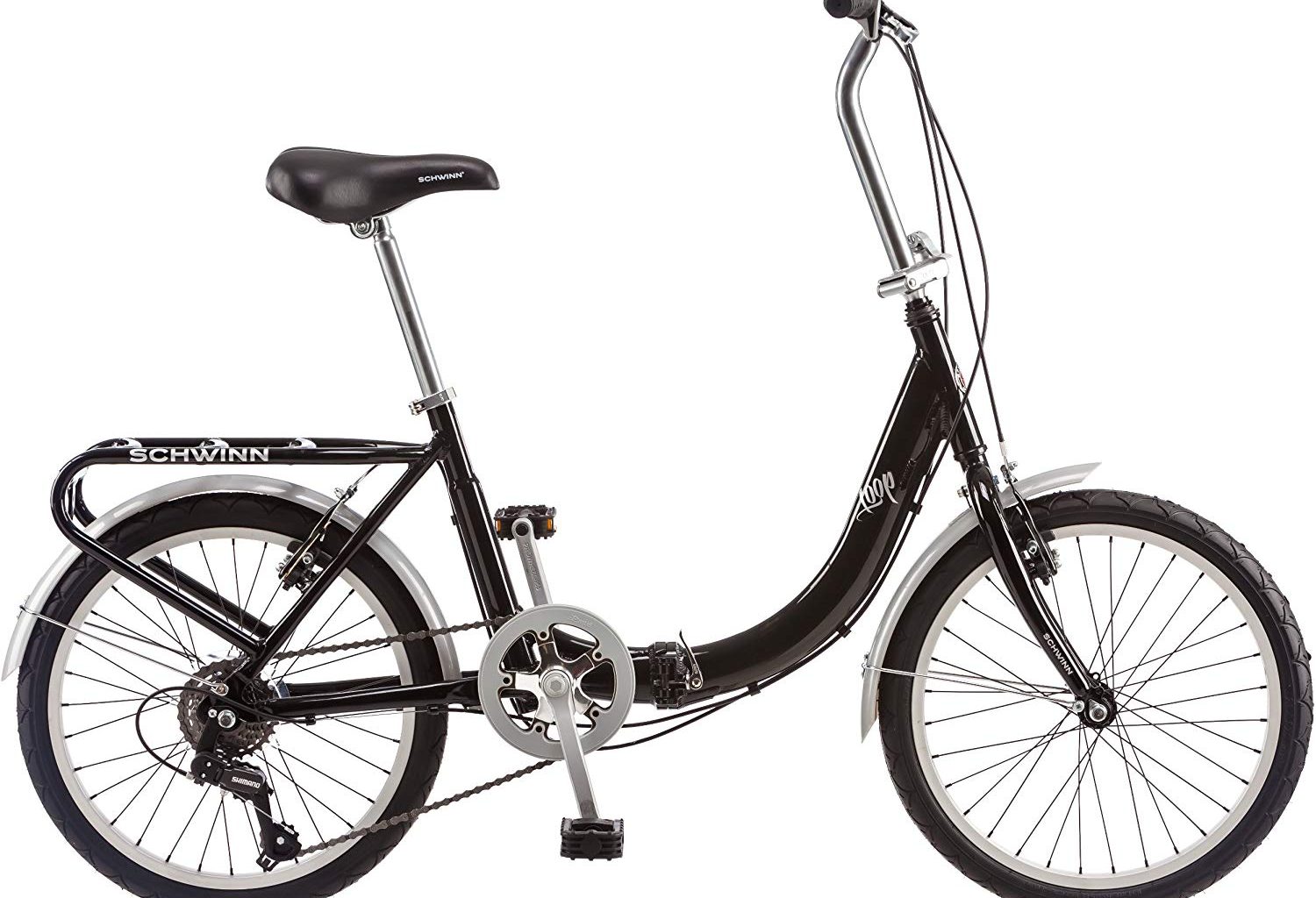 Biking has evolved from just being an exercise activity to becoming a lifestyle. With a lot of people advocating the use of bicycles for fitness while reducing air pollution, it easily became a trend and now a lifestyle choice for many.

When it comes to fitness equipment brands, Schwinn is one of the leading brands. They specialize in full-size hybrid bikes, mountain bikes, and urban bikes. And now they’ve entered another category – the folding bike category.

Once upon a time …

Schwinn is a beloved American brand that was actually founded by Ignaz Schwinn in 1895, with funding coming from fellow German American Adolph Frederick William Arnold. Together, they founded Arnold, Schwinn and Company. Schwinn was born in Germany in 1860 and moved to the US in 1891. After they created the company, the bike market peaked then fizzled. Schwinn realized the need to grow his business so he set out to buy smaller bike companies, built a bike factory in Chicago, with the aim to offer bicycles at a lower cost. He bought Excelsior Company in 1912, then the Henderson Company in 1917. He later added motorcycles to his product line and was able to make it competitive that it ranked third behind indian and Harley-Davidson by 1928.

When the Depression hit, it also affected the business. Schwinn’s son, Frank, was able to turn things around when they introduced the Schwinn B-10E Motorbike in 1933. They were able to make the company grow as it continued to introduce new products and models. They took the bicycle market by storm in the 60s but hit a snag in the 70s. Though they maintained their product quality, their competitors introduced cheaper though less durable alternatives. Then bikes from France, England, Italy, and Japan flooded the market. Schwinn was unable to keep up and did not adjust their marketing strategy and product communication. Even though they kept on producing very good quality products and new models, they failed to meet consumer preferences, which their competitors were able to do.

After going through some financial difficulties starting in the late 70s, they were given a new lease on life when they were taken in by Dorel Industries in 2001 and became a sub-brand of Pacific Cycle. In 2010, they were given a brand facelift and their product lineup revived and revitalized. Since then, they’ve gotten back in the game and have been producing cruisers, mountain bikes, hybrids, bike path / comfort bikes, electric bikes, kids, road bikes, and urban bikes.

Weighing in at 34 pounds, the Schwinn Loop Folding Bike is a heavyweight as far as folding bikes go. It is the best city bike when it comes to folding bikes with all its features. In its folded state, it measures 29.5”x29”x19”. So when commuting, you don’t have to leave it parked outside your building. You can easily fold it – done in 3 easy actions – all in under 30 seconds. Once you’ve arrived at your destination, fold it up and bring it with you inside your office, your apartment, or even the train or subway. Though it is hefty, it is still quite portable, and much easier to manage to bring around with you when commuting. You also don’t need a bike rack to bring it along with you in your vehicle. Just fold and stow it away in the boot.

The bike itself is made with a light reinforced alloy frame, which makes it lightweight yet sturdy. It can hold a maximum load of 230 pounds but some buyers weighing as high as 290 pounds use it every day without any problems. The manufacturer recommends the Schwinn Loop folding bike for people who are under 5’ and over 6’ tall. The seats are adjustable but the handlebars are not. When riding it, it feels like you are riding a full bike, sturdy and not flimsy at all.

The bike is equipped with a 7-speed Shimano RevoShift Twist Shifter, a 3-piece single-speed crank set, Shimano Tourney rear derailleur, 20” alloy rims and city tires, front and rear alloy linear pull brakes, steel hinges, a rear carrier rack, kickstand, and front and rear fenders. The bike is shipped unassembled and many say it is best to have a professional bike mechanic assemble it for you because of warranty coverage issues.

The bike is not without complaints. Seat comfort, for one, can be improved. Ditto for keeping it folded. Unfortunately, it does not come with magnets to keep it folded while carrying out. It does come with a carrying bag but it can be a challenge to put it in the bag when it keeps on unfolding. The nylon carrying bag offers such a tight fit so you may need to use a type of cord or velcro to keep it together.

It retails at USD 329.99 at Amazon and is available in black, silver, and white.

While the Schwinn Loop is great for light commuting, the company introduced an alternative for people who require a folding bike for heavier and long-term commuting needs. Introducing the Schwinn Adapt Folding Bike series. It comes in 3 variants, the main difference being the rear derailleur.

The 3 variants all come in light alloy folding frame, front and rear V-brakes, 20” alloy wheels, front and rear fenders, a nylon carrying bag, and rear carrying rack. The Adapt 1 variant comes with the 7-speed Shimano Tourney and is priced at USD 523.21. The Adapt 2 variant has an 8-speed Shimano Acera rear derailleur and ergonomic grips with bar ends, and costs USD 589.99. The high-end Adapt 3 version is equipped with a 9-speed Sram X5 and ergonomic grips with bar ends, with a retail price of USD 689.99.

The Adapt series is created for city riding and commuting. They have reflective sidewalls for their increased visibility while on the road. The bikes come in black, blue, and red colors. While these are still great value for money folding bikes, it would be better if the seat and handlebars are adjustable and can stand on its own when folded.