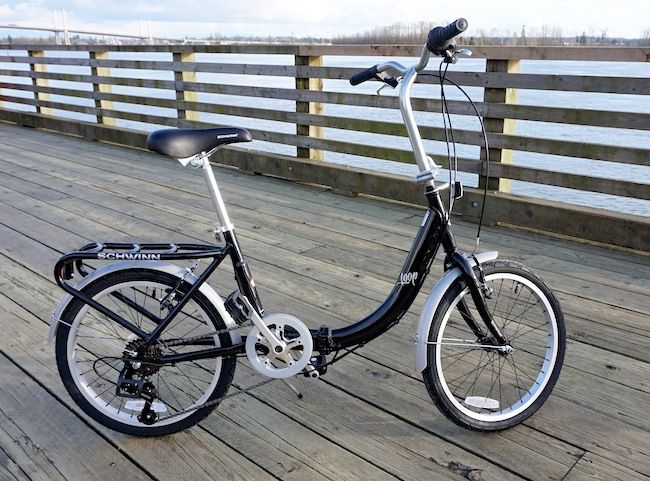 With heavy traffic plaguing every town and city, and with the creation of more and more bike lanes, people have been turning to biking all the more. Like cars, there are different varieties of bikes. There are bikes for serious bikers and there are ones for those who bike to commute. One of the go-to bikes of people who commute and or live live in small apartments is the folding bike.

Just like choosing a car, there are many variants to choose from, depending on your requirements, preferences, and budget. There are base or entry models and top of the line variants.

If you are just starting out, here are great value-for-money folding bikes that are available in the market.

If you are looking for an ebike that is easily portable, look no further as the e-JOE Epik Sports Edition SE Folding Electric Bike is the answer. It may be on the pricier side of the spectrum at USD 1,599 but it is well worth every single penny. You can get 30 miles out of its 550-watt motor on a single charge. You can easily check the battery level via the LED display, along with the pedal assist level info. No need to worry about bits and pieces you might hit on the road because iIt is built with Kendra puncture-resistant street tires. With pedal assist and the 7-speed transmission, going up inclines and hills won’t be too tiring. This ebike is not only for commuters but it is also great for people who enjoy bike rides around town.

Available at Amazon and Walmart, it is one of the lowest-priced folding bikes around. At only USD 144.95, this equipped with your high-end Shimano parts like a freewheel and a 6-speed derailleur. Folding this thing is as easy as 1-2-3, literally. The durable steel folding frame won’t let you down, along with its adjustable seat and handlebars, which is great if people of different heights and sizes use it. It has a maximum load limit of 280 pounds. Its chrome-plated alloy handlebars give it a beautiful appearance and makes it gender-neutral. You also have mudguards over the wheels, a kickstand, safety reflectors, and a built-in carrying rack thrown in! It weighs in at 35 pounds.

Dahon is another trusted name when it comes to bikes. And the Dahon Mariner D7 Folding Bike is one reliable folding bike. As the name implies, the Mariner D7 is the best choice to bring around boats or bodies of water because of its rust resistance. It measures 11”x31.9”x25.7” when folded so it is compact enough to put in boat holds and it only takes 15 seconds to fold. It has a 7005 aluminum frame that makes it lightweight so you don’t have to worry about carrying it around in between public transport. It has amazing handling with its Dahon Neos rear derailleur and its low-profile design keeps it stable. Its 7-speed gear comes in handy when negotiating inclines or hills. It is fitted with the Magnetix clip system to keep it in place while folded. Because of its adjustable seat stem and handlebars, people under 5’ and over 6’ can ride this bike in comfort. It also comes with front and rear fenders, as well as a rear rack.

The manufacturer can improve the seat design though, to make it more comfortable to ride on and it could use better suspensions. It can also only accommodate a maximum load of less than 230 pounds. It retails at USD 588.20. You also get free touch up paint should you get scratches on the bike.

The name of the bike is already a tell. The EuroMini Zizzo Heavy Duty Forte is the best choice for heavy-set people. This 29-pound folding bike has a load limit of 300 pounds. Not only that, it is definitely packed with a lot more. It is made with lightweight aluminum, from the frame, handlebars, stem, kickstand, seat post, head set, front and rear hub, crank set, to the V-style brakes, and genuine Shimano Tourney 7-speed derailleurs, Shimano Tourney 7-grip style shifter, and 11-28T 7-speed cassette gears. It comes with front and rear fenders, a cargo rack, and an adjustable stem that can accommodate people who are under 5’ and over 6’ tall, double wall rims, multi-terrain tires, and a magnet catcher (to hold the bike together while folded). In its folded state, it measures 27”x31”x12.5”. You can get it from Amazon at USD 308.06 (SRP).

The best budget pick from the group would be the EuroMini Zizzo Urbano. Designed for city roads and trail roads, it retails at USD 380.89 at Amazon and is worth every dollar. Weighing in at 24.5 pounds, this is the lightest you can get when it comes to folding bikes. But don’t let its weight fool you. It can still carry a maximum load of 240 pounds. Most of the bike uses super lightweight aluminum – from the frame, fork, handlebar, stem, seat post, kick stand, head set, front and rear hub, crank set, chain, to its V-style brakes, etc. It is fitted with genuine Shimano Altus 8-speed derailleur, Shimano Revo 8-speed grip style shifter, and Shimano 11-32T 8-speed cassette gears. People under 5’ and over 6’ will find this bike easy to ride, thanks to its adjustable stem. It also has double wall rims, Kenda ultralight multi-terrain tires, high strength aluminum / plastic folding pedal and a magnet catcher.

If you are looking for the cheapest but best quality heavy-duty folding bike, look no further because the Dahon Folding Bikes Vybe D7 Tour Deltec is the answer. It is highly favored by RVers, off-road bikers, and heavier riders. This 7-speed bike has stabilizing cables that offers extra frame support, especially when negotiating rough and hilly terrain and the double wall rims are stronger and give a better ride in such terrain. Its quick release latches with DoubleLok knobs keep the bike in its unfolded state, while magnets on each wheel keep it in its folded position. Its Kenda Kwest tires repel mud and water thanks to the tires grooves. It weighs in at 26.5 pounds and measures 33.1”x11.8”x25.2” (unfolded) and 26.4”x13.4”x28.4” (folded). It is made with VYBE Dalloy Aluminum Lattice Forged Hinge with ViseGrip Technology. You can get it for USD 329.99 from Amazon.

The Schwinn 20” Looping Folding Bike is easy to transport because of its space-saving design. It folds and stores in a snap and it small enough to fit any car boot. It has a 7-speed drivetrain, 20” smooth road tires, a rigid fork, and low stand-over frame, which makes it easy to get on and get off of it. It gives a nice, comfortable ride but it is not for distance touring or commuting. It is best used for short, leisure rides. It is also fitted with a rear carrier (so you have a place to put your groceries or bag) and front and rear fenders (to keep you from getting wet or muddied up). The alloy linear brakes are also quite responsive. It retails at USD 248.35. It even has its own carrying bag. The fly in the ointment would be that it weighs a hefty 38 pounds so it may be challenging it lug it around train and bus stations. It also has a load limit of about 220 pounds (some say it is 300 pounds). For a starter folding bike that is reasonably priced, this is your best bet. You can buy this from Walmart, Wayfair, or Amazon. 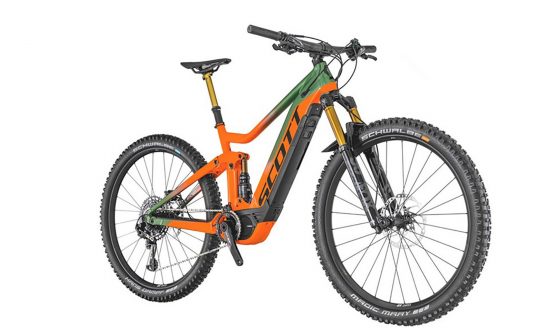 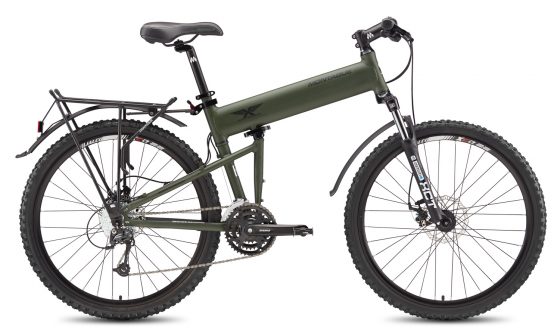 Read More
BBuying Guides & Advice
Table of Contents What are Folding Mountain Bikes?What to look for while purchasing the best folding mountain bike?8… 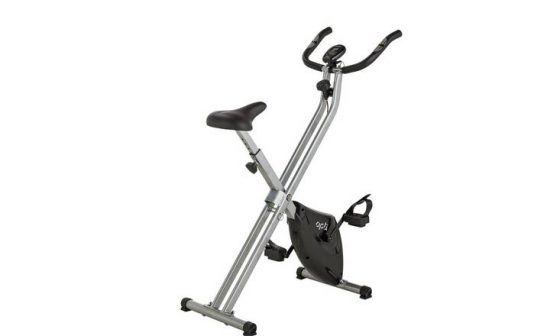 Read More
BBuying Guides & Advice
Exercise bikes are one of the most popular workout apparatuses around. One of its benefits is it helps… 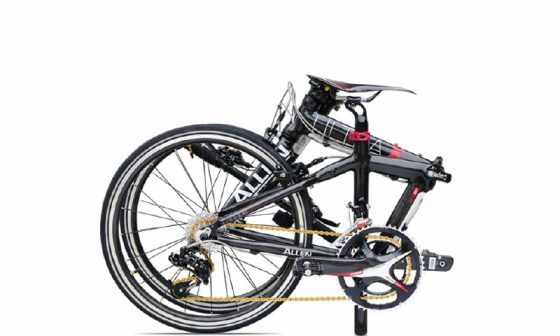 Read More
BBuying Guides & Advice
Folding bicycles are becoming increasingly popular nowadays. One obvious reason is they are very compact since it can… 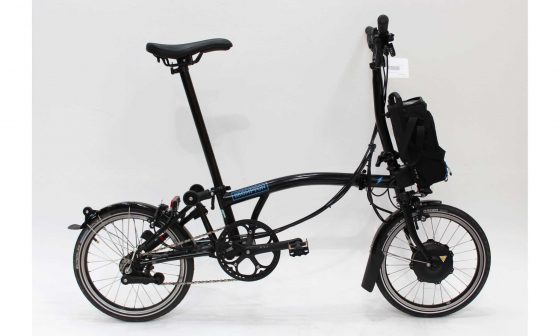